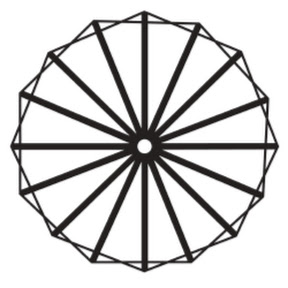 Bill of Rights: II: “A well-regulated militia, being necessary to the security of a free State, the right of the people to keep and bear arms, shall not be infringed.”

Common sense leads me to believe that the necessity of a ‘well-regulated militia’ for the security of our ‘free State’ has long sense elapsed. We don’t have well-regulated militia at the present time unless you count the National Guard (which is what became of the militia of the various states referred to in the amendment). We do have plenty of unregulated militia, but they, the militia and the members thereof, are not guaranteed any special rights under the constitution.

In a draft of the amendment as proposed by James Madison what is now the first clause was the second and what is was the first, AND a third clause came last:

“The right of the people to keep and bear arms shall not be infringed; a well armed, and well regulated militia being the best security of a free country; but no person religiously scrupulous of bearing arms, shall be compelled to render military service in person.”

This would have created a constitutional right of conscientious objection. Amazing! It was edited out by the Senate. Notice that the semi-colon of Madison’s original has been replaced with a comma in the version that was adopted, which makes the second clause even more dependent on the first.

I would like to offer an extended quote from Joseph J. Ellis, found in his book: The Quartet, Orchestrating the Second American Revolution, 1783-1789, page 212:

"It is clear that Madison’s intention in drafting his proposed amendment was to assure those skeptical souls that the defense of the United States would depend on state militias rather than a professional, federal army. In Madison’s formulation, the right to bear arms was not inherent but derivative, depending on service in the militia. The recent Supreme Court decision (Heller v. District of Columbia, 2008) that found the right to bear arms an inherent and nearly unlimited right is clearly at odds with Madison’s original intentions."

If there are not at present any well-regulated militia, semantics and common sense would lead one to the conclusion that the Second Amendment is moot, especially as the defense of the United States does now depend on federal armed forces. The Second simply does not apply at the present time. The right of the people to keep and bear arms as stated in the amendment is dependent on there being militia.

Another concern of the Founders was that a ‘monarchist’ or a demagogue within the country would try seize the federal government. Indeed, there were worries that Alexander Hamilton might have had such plans when he advocated the formation of a national army after George Washington's second term. Aaron Burr, coincidentally and ironically, might have been just the Founder to rise to the role of demagogue. I think the most Founders wanted an armed populace that could take down such efforts and protect the country from a wayward government.

Things are very different in the 21st Century. The Second was an important and powerful amendment for the 18th and 19th Centuries, as the Founders intended, but no longer has purpose. Regarding external threats, our military as it now exists meets that first concern of the founders.

Regarding the second concern, nonviolence has also made the Second Amendment moot, because now nonviolence, not violence, is the most effective means to guarantee the security of our State from internal threats. No violent action or movement could be successful against the Federal or the State governments backed up by the military and National Guard; only a nonviolent movement could be. And, the lessons of history have demonstrated that nonviolence is more effective at creating lasting, positive change in the political arena than violence.

A nonviolent movement supported by a significant proportion of the populace is effective even in the face of violence. This is a major lesson of the 20th Century. The liberation of India and subsequent demise of the British Empire, the Civil Rights Movement in the US, the Solidarity movement of Poland, the dissolution of the Soviet Union, the Optor campaign against Slobodan Milosevic in Serbia and countless other nonviolent struggles have demonstrated the power of a population waging nonviolent campaigns against injustice, dictatorship and autocracy.

The Serbian example is dramatic both in its success and in the optics of its nonviolence. In the late 1990s, a nonviolent, grassroots movement called Optor (resistance) was formed out of a student protest movement to offer opposition to the Milosevic regime.

In 2000, Milosevic, then President of Yugoslavia, lost an election on September 24th to the opposition candidate supported by Optor, Vljislav Kostunica. Instead of conceding defeat, Milosevic called for a run-off election. Kostunica and the opposition rejected that call having won a clear plurality if not a majority of the votes. There followed a general strike and civil disobedience called for by the opposition which led to daily rallies and traffic blockades in 50 cities. The military and police essentially (and secretly) agreed not to interfere with the protests.

Within a few days, 250,000 Serbs had rallied to support the strike and a “convoy of bull-dozers, along with thousands of cars, trucks and buses from all over Serbia carrying 200,000 people” headed into Belgrade (A Force More Powerful, Ackerman and Duvall). Without a shot being fired, Milosevic was gone, Kostunica was installed and ultimately Milosevic was arrested.

Optor demonstrated the power of nonviolence when supported by a significant percentage of the population. If nonviolence is the new ‘necessity’ for the security of the State, ‘arms’ not only become unnecessary, but perhaps are counter-productive.

We do not need to change the Second Amendment or remove it from the Constitution. A reasonable, detached reading of the amendment can only conclude that it does not apply in this era. It is moot. The courts should recognize this. We don’t need to strike through the Second, we can simply move on.

We should, however, strike a balance between the rights of citizens to own firearms and the need for common-sense, effective regulation addressing both national and local concerns. I do not deny that citizens have a right to bear arms, I just don’t find it in the Second Amendment. It could be argued that gun ownership is not so much a right as a privilege, given the violent nature of arms in general, a privilege that should be regulated, much as the operation of motor vehicles on public roads is regulated.

Meanwhile, civilians surely don’t have a ‘right’ to own weapons of war or so-called assault weapons. Common sense and decency would dictate serious restrictions in their proliferation.

There is a legitimate gun culture in our country which we should respect. It is not only the ‘hunting’ culture, but also the culture of gun sports. And, there may be reasonable needs for self-defense in some areas.

Like much of the armament industry (the military-industrial complex that President Eisenhower warned us about), the firearm industry operates under the profit motive and maybe it shouldn’t. Certainly its drive for profit should not drive gun policy. It is contrary to our national security interests that the gun and armament industries have undue political influence in state houses and Congress.